Blessed are those who suffer persecution
for justice sake,
for theirs is the kingdom of heaven.

Persecution is when a Christian is harassed in a way that will injure, grieve, or cause them pain; because of their belief in Christ.

In this beatitude Jesus tells us that a special blessing of belonging to the kingdom of heaven will be blessed upon those Christians who suffer persecution for being righteous and their belief in God. When we live the right way, the way that Jesus taught us to live, we separate ourselves from the world. Christians profess that they do not belong to the world, they belong to God.

In many countires today it is a crime to be a Christian. If a person is caught with a Bible or in a meeting talking about Jesus they might go to jail or be killed. The first Christian to be killed because of his witnessing about Jesus was Stephen. You can read about his story in Acts 6:8 - 8:3. In America people are not killed because of their belief in Jesus, but many Christians are persectuted verbally, by the tongue.

Why is believing in God and living a Godly life so offensive to so many? Unbelievers that do not know Jesus enjoy sinning, sinning gives them pleasure. They think that to sin is to enjoy life. The reason why ungodly men persecute Godly men is because of the spirit that God has placed within each human. When the unbeliever sins, the Holy Spirit is convicting the spirit of that sinner and this causes the sinner to know that he is doing wrong and that his actions are against the laws of God. The unbelieving sinner feels guilty and does not like that feeling, so he lashes out at the believers of God, blaming them for making him feel bad. That is why the things of God and the beliefs of God are constantly being made fun of and ridiculed. Unbelievers constantly try to destroy anything that has to do with God in an attempt to do away with the source of their feeling bad. Blaming someone else for their troubles has always been an easy way out for people. The sinner is an enemy of God and he is trying to fight back against God. But since the sinner can not get at God, he goes after those that follow God.

"Yet what we suffer now is nothing compared
to the glory he will give us later."
Romans 8:18

This book is dedicated to:
J. Craig Gandy
on Father's Day
6-20-2004
You bless our family by living with virtues taught by Jesus Christ.

Now Available in a beautiful book at LULU Publishing 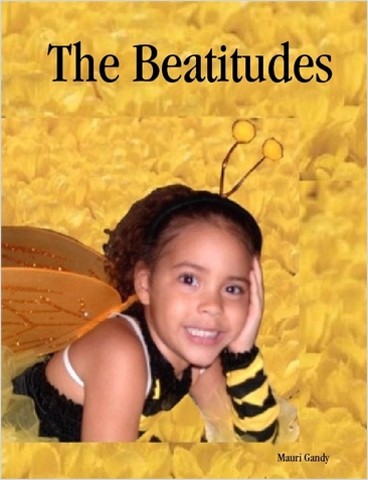 CLICK HERE to order or Receive your FREE download of "The 8 Beatitudes" when becoming a Member of Just 4 Kids Magazine.